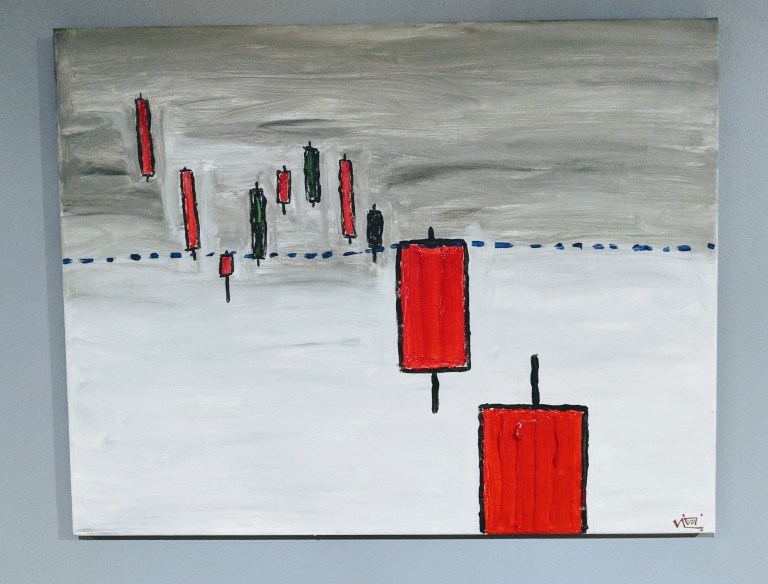 It was April 2013. Gold’s June expiration was the active contract being traded. There had been a lengthy setup. There was a massive rectangular consolidation between $1,800 and $1,530 that had been forming since 2011. The top had been tested three times and the bottom twice. Support was about to be tested for the third time. It was so clear, that even a novice like me was ready for a break. In fact, I was so eager to take it, that on April 4 I anticipated the break when the price poked through a short-term support at $1,560. It was a big bet for my account. I was incredibly discouraged when I was stopped out of that trade. However, three days later I noticed an intraday topping pattern taking shape. This time, I took a much smaller risk and the price dropped like a rock to the bottom of the Adriatic Sea. The short-term bounce that stopped me out of the first trade lost steam and reversed back down. The price broke the two-year support level, dropping ~15% in days, from $1,550 to $1,350. Those intraday moves were unreal.

It was my first “big” trade.